Parametric Design and Vibration Analysis of an Injection Robot Arm 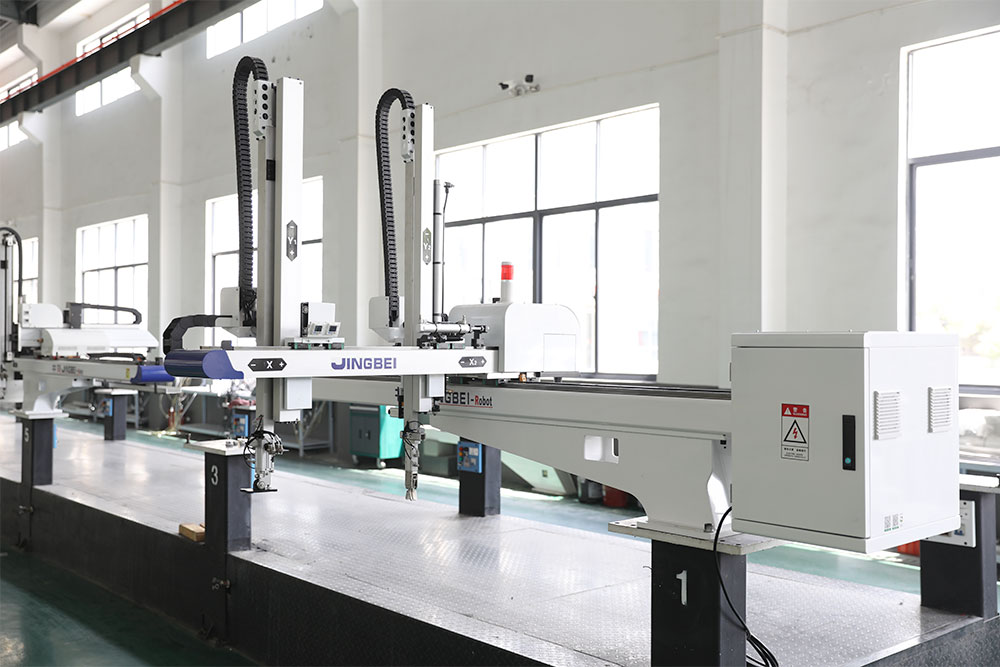 1. Introduction
In terms of model modeling of parametric design, there are two main types of secondary development of traditional SolidWorks. One is to use a series of part design tables and the other is to customize a size driven form. Both methods have their disadvantages. Using VBA as the development tool, a secondary development method based on SolidWorks dimension-driven modeling is proposed, which improves the traditional dimension-driven modeling. Any model with dimensions marked in the design can be changed easily and quickly by using this method. The method is applied to the parametric design of the injection robot arm, which greatly improves the design efficiency of the robot arm. The vibration problem of the robot arm is also a design factor to be considered. Use Ansys software to analyze the harmonic response and optimize design of the designed robot arm, which reduces the vibration of the robot arm during the production process and improves the overall dynamic characteristics of the robot arm.

2. The development process of the parametric design system of the injection robot arm
2.1 Development ideas
Use SolidWorks to create a model of the robot arm, and SolidWorks will generate a size name for each part of the robot arm. The features of parts are divided into two-dimensional features and three-dimensional features. The form of the 3D feature is generally [email protected] stretch and the name of the 2D sketch is generally in the form of [email protected] sketch 2. The amount of dimensions in the sketch is determined by the designer when drawing the sketch. By going through features of parts and reading the amount of dimensions contained in each feature, the name of the dimension data can be restored in the program, and then assign values to each dimension to reconstruct the model.